President Obama recently announced changes in the FAFSA program that would allow students to apply for assistance and loans earlier. These changes will ostensibly make the college enrollment process easier for most students. However, other changes to the FAFSA program that affect how much assistance a student is eligible for based on an expected parental contribution to their tuition may make it more difficult for some students.
The Education Savings and Protection Allowance enables families of traditional college students to save money to help pay for college and, depending on a number of factors such as the age of the parents, number of children in the household and income level, these savings are protected and would not impact a student’s eligibility for assistance, such as in Pell grants and subsidized loans. The new changes make cuts to the amount that a family can save and may make some students ineligible for these types of assistance.
“The way that FAFSA works,” said Randy Green, Wittenberg’s executive director of financial aid, “is that they collect a lot of information. They look at the parents’ income, and they look at any sort of assets the parents have. Then, they assess a contribution from those things. The amount that is protected typically changes from year to year, but has generally fallen in the range of $30,000 to $40,000 for quite some time.”
Assistance and loans are calculated based on what the family is expected to contribute. This means that families could save up to the protected amount and not have an expected contribution, except on any assets beyond that. Expected contributions are assessed based on the age of the parents because it is expected that as they get older, they are able to save more.
In the 2015-16 academic year, a family where the parents were in their mid- to late-40s could save up to as much as $29,500 before being assessed for a contribution. Under the new guidelines for the 2016-17 academic year, the protection allowance will be cut to $18,300.
“So,” Green said, “if the family situation stays the same and they have any money in savings, there is going to be a contribution assessed against that $11,000 additional amount. So, if the family’s income is the same, their expenses are the same, everything else being equal, they’re going to be asked to pay more if they’ve saved. So, it’s kind of a disincentive to saving.”
The cuts were first announced by the Department of Education over the summer, and were initially much deeper. Colleges asked why the changes were so drastic, and the DOE responded that the formula had always been incorrect and they were trying to fix it. The DOE eventually raised the protection amounts, but the cuts are still substantial.
The cuts are expected to impact middle class families. Students of wealthier families do not typically qualify for Pell grants and other forms of subsidized assistance, and families at the bottom end of the income scale typically do not have the savings or assets to contribute.

Founders Trivia Week is a Blast for Every Class

Founders Trivia Week is a Blast for Every Class

Witt’s Financial Restructuring Could be Slowed by Potential Manual Violation 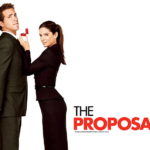